Stena Line Network & Fleet is a small department but it is strategically very important. Job rotation has resulted in a valuable skillset in order to be able to develop and optimise Stena Line’s traffic system, consisting of ferry services, ships and ports, both in the short and long term.

STENA LINE NETWORK & FLEET is a relatively new department in Stena Line. The department was created in 2013 in order to acquire a larger overall view and to be able to optimise Stena Line’s system comprising ferry services, ships and ports. Before this, responsibility was at a more regional level, which meant that there was a risk of suboptimisation and a short-term approach in different investment decisions.

“Our assignment is to ensure that Stena Line as a whole can maximise its profit and return on invested capital, that is, our ships and port investments. Compared with previously, this means a larger overall and long-term view, a greater focus on the market and a need to work more cross-functionally. Consequently, we needed more different and new types of skills”, says Peter Arvidsson, Network & Fleet Director.

“We always have 5-10 projects in progress at the same time, some of them more long-term and visionary and others requiring quick decisions. At Stena Bulk, they work in the spot market and much more here and now than Stena Line and Stena RoRo is more operative and supplies external customers. With Christopher and Patrik, we have important skills from there”, Peter Arvidsson points out.

Since freight plays an increasingly important role in Stena Line’s business, it was also important to bring in somebody from the freight side internally.

“This was contributed by Johan, who comes from Stena Line’s external freight organisation. And Lance’s background at Transatlantic and work with transport and industrial flows provides us with a valuable external contribution”, says Peter Arvidsson.

He sees numerous advantages with job rotation, both as regards his own department and Stena as a whole.

“When you switch companies, you bring with you the Stena spirit and Stena experience. Another aspect is that shipping today is a limited labour market in Sweden. Because Stena is so large, many of the skills are in-house and thus it is a question of making them visible and developing them”, says Peter Arvidsson.

Additionally, the risk of recruiting mistakes is minimised by recruiting within the group.

“Here, it’s easy for us to get credible references. Finding the right skills and settling in the job take less time when recruiting is done within the group”, Peter Arvidsson points out. 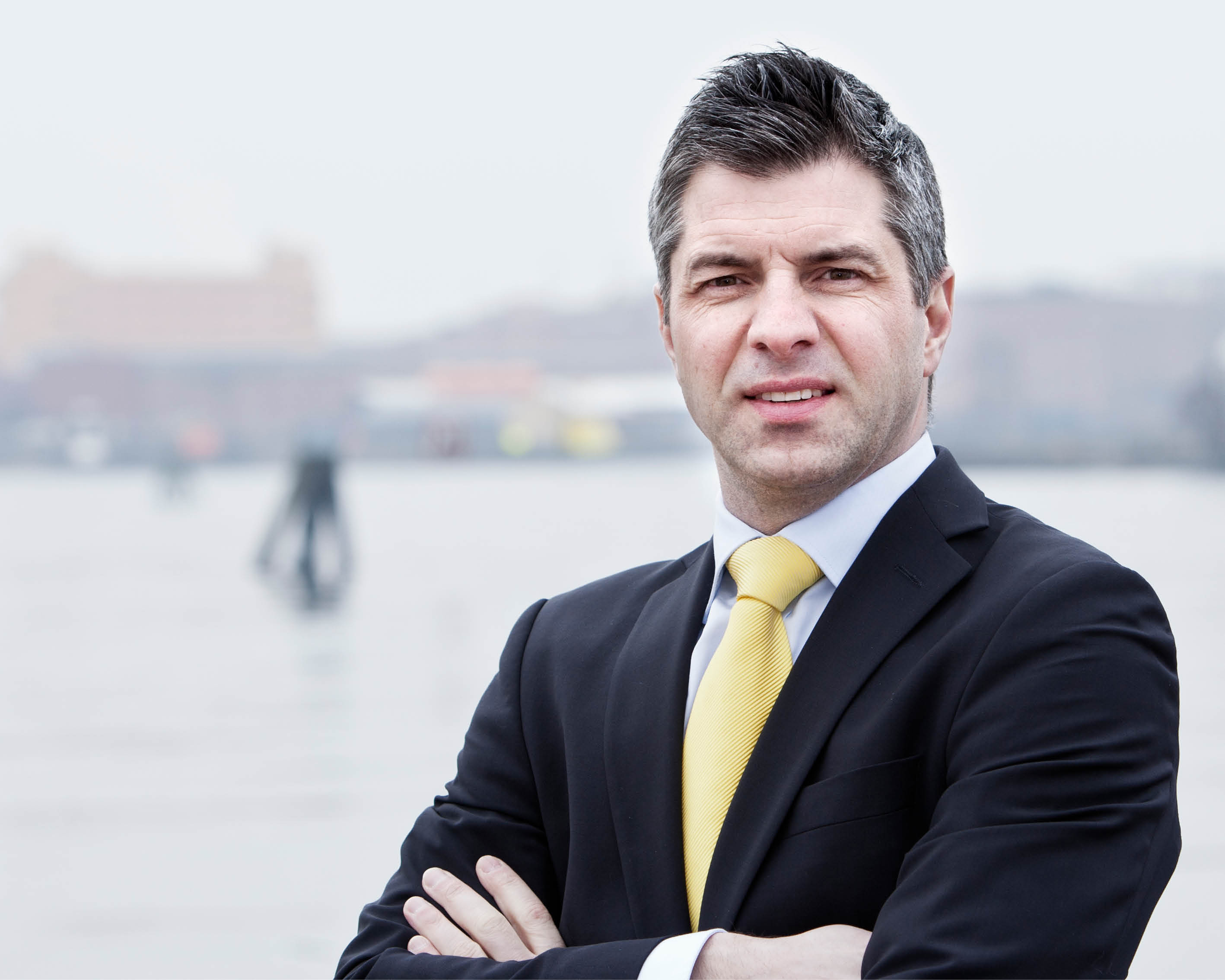 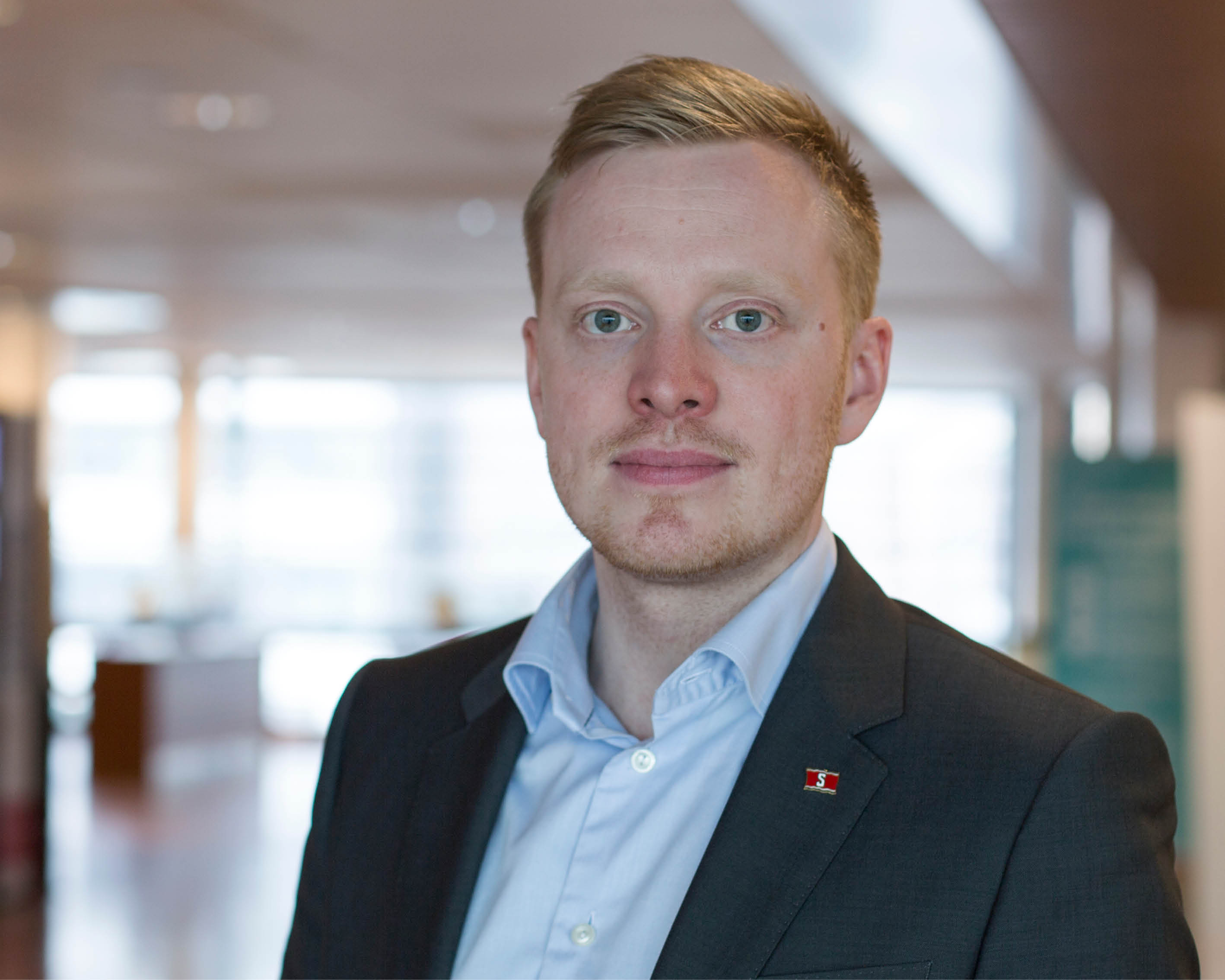 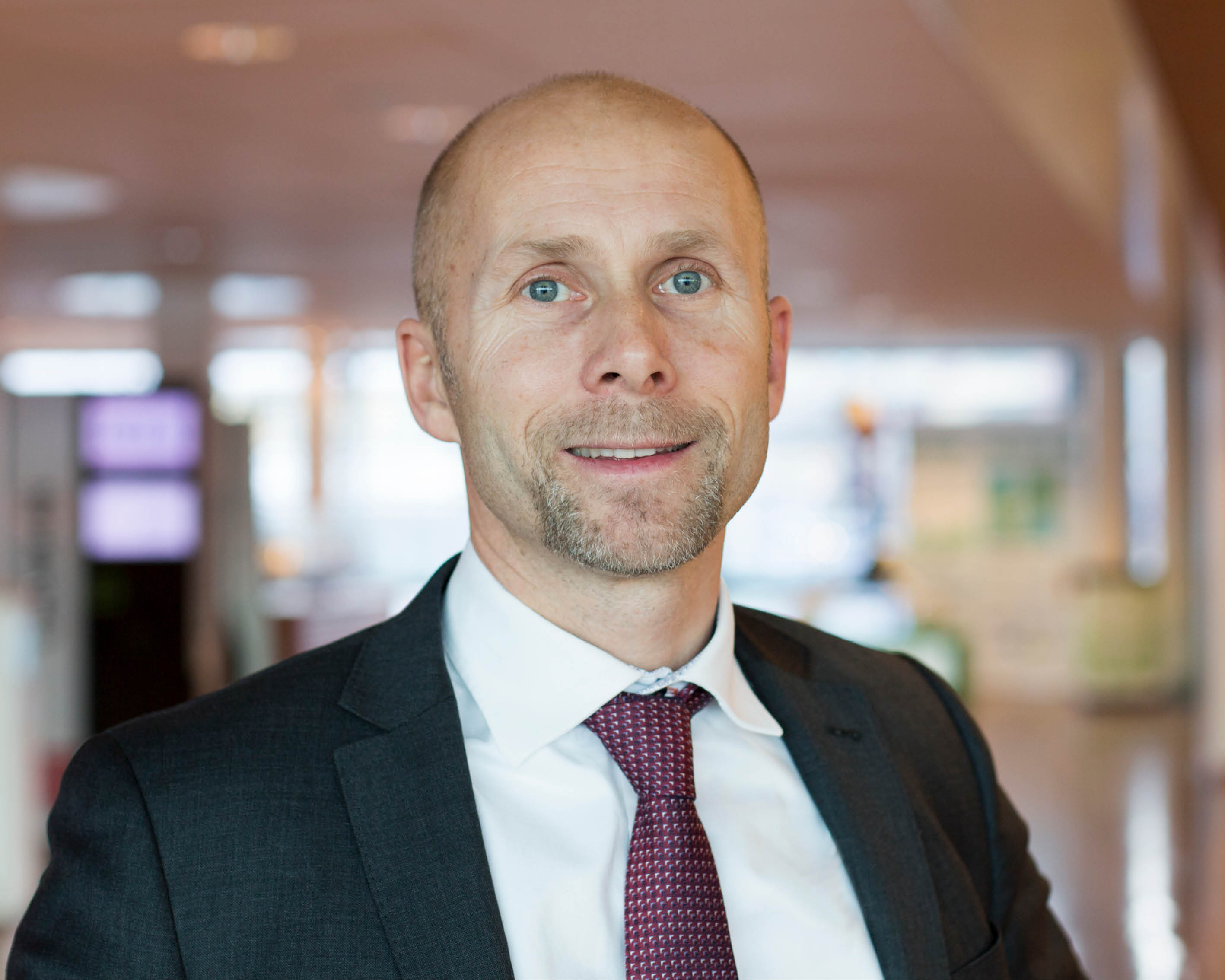 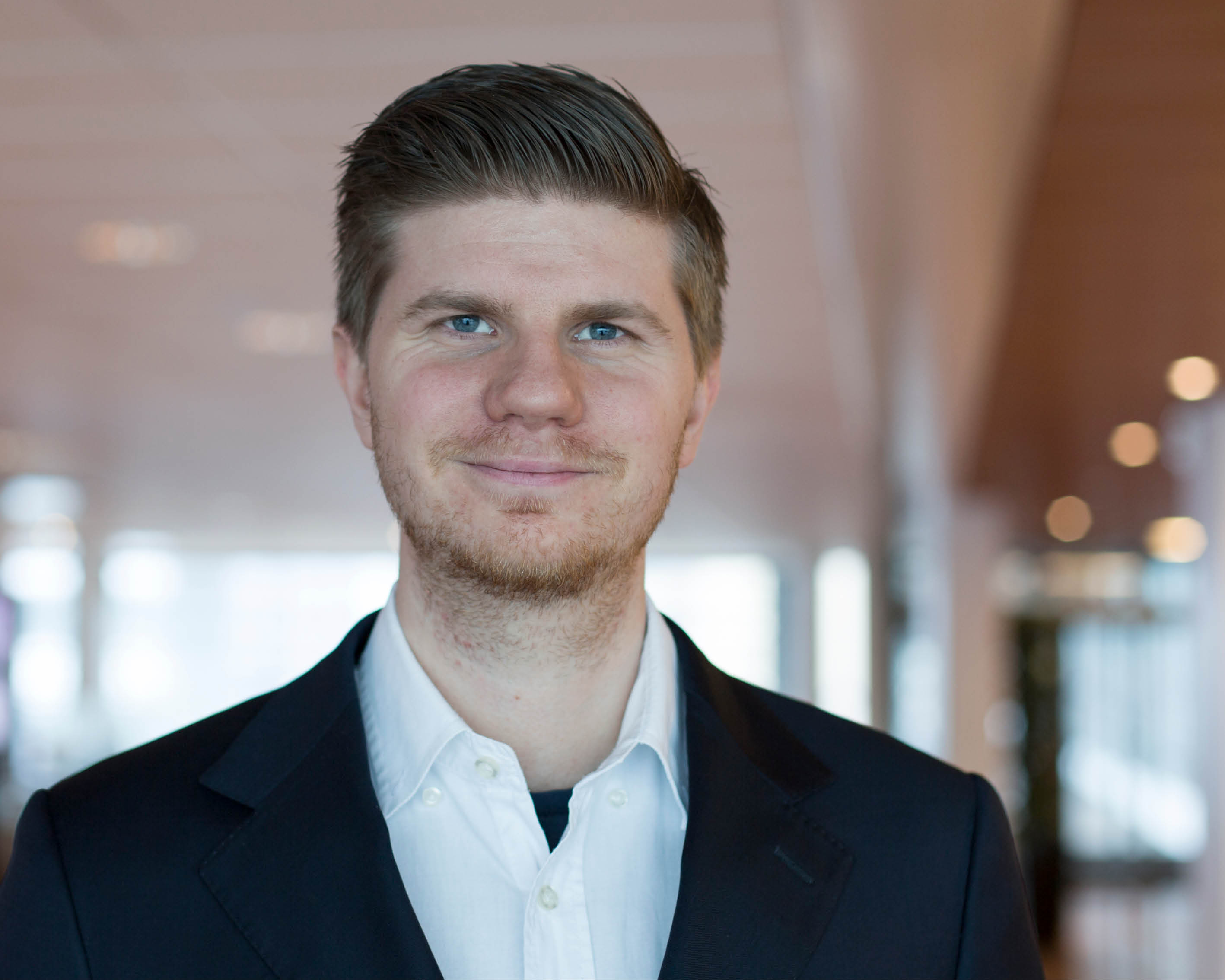 “Job rotation is an excellent opportunity for further development in the group and valuable for both the individual and the company. As far as our department is concerned, it has enabled us to broaden and deepen our skillset. We are definitely stronger now”.

Ten years at SAS and various subsidiaries with a focus on commercial development and optimisation of traffic systems. Seven years at Stena, all in group management. Has held his current position since 2012/2013.

“I had informed my boss that I was interested in broadening my perspective and changing jobs within the group and he suggested this position at Stena Line. I definitely feel that it is a step further in my development. A positive effect of job rotation and the leadership program is also that we now talk a lot more with each other across company borders, which I think is very positive from a group-wide perspective”.

BSc in Business Administration. Studies in the US, Spain and Sweden. Worked first as a stockbroker, with shipping since 1995. Worked for Broström AB as chartering manager for about 9 years. Chartering Manager, Stena Bulk for 2 years. Has held his current position since 2014.

“Job rotation is a fantastic opportunity. If you are curious and want to develop, it’s something I can really recommend. For me, it was very exciting to come to Stena Line, which is currently in a strong development phase.

Shipping and logistics at Chalmers University of Technology and shipbroker training in London. 3.5 years at Stena RoRo, most recently as Manager, Commercial Operation. Has held his current position since the beginning of this year.

“I think that job rotation has an important role to play when it comes to the development of both the individual and the company – I saw this even when I was working at Volvo. A good combination is transparency regarding what opportunities there are, different forums for skills development and actively searching for talent

MBA in Business and Economics. Various controller positions at the Volvo Car Corporation, 5 years as controller/strategist/project leader at Transatlantic. Has held his current position since the beginning of 2013.

“Previously, I didn’t even think about there being the possibility of switching companies. But as more people become aware of this, more people will probably want to try it out. For me, development is extremely important and this was an excellent opportunity for that”.

EXAMPLES OF ASSIGNMENTS IN PROGRESS:

Replacement of the Stena Scanrail on the Sweden-Denmark routes with the M/S Ask in the Baltic with the new name of Stena Gothica.

A good example of optimisation since the Sweden-Denmark routes needed a cost-effective vessel with freight capacity at the same time as there was a need to reduce capacity in the Baltic due to the embargo on Russia.

Navigating a rapidly changing, complex and uncertain world requires a special type of leadership. The course The Unknown Unknown, which is part of Stena's leadership program Ready 4 Anything, is about creating a platform and approach that allows us to prepare for things we don't even know we don't know.

STENA AND SKF EXPLORE THE FUTURE TOGETHER

To succeed as a company in the future, you need to be brave, forward-looking, broad-minded and quick to acquire new knowledge. Now Stena and SKF are entering into a unique collaboration to develop their leaders in a joint leadership program. The starting point is the rapid changes connected to digitalisation and how to best meet the challenges and opportunities associated with it.

STENA AND SKF EXPLORE THE FUTURE TOGETHER

To succeed as a company in the future, you need to be brave, forward-looking, broad-minded and quick to acquire new knowledge. Now Stena and SKF are entering into a unique collaboration to develop their leaders in a joint leadership program. The starting point is the rapid changes connected to digitalisation and how to best meet the challenges and opportunities associated with it.

Working with networks is an effective way of sharing knowledge and discovering new challenges and opportunities – which is absolutely crucial in an increasingly complex and fast-moving business environment. Through the program The Network Always Wins, which is a part of the leadership program Ready 4 Anything, Stena's leaders gain inspirational and educational insight into the benefits of the network approach.

Diversity is becoming an increasingly important factor for businesses to be able to develop and be innovative in a fast-moving environment. But a business characterised by diversity also places new demands on leadership. Through the training Exploring the Golden Minds, which is part of the leadership program Ready 4 Anything, Stena's leaders will have the opportunity to develop their knowledge in the field.