Managing pressure is critical to success in any industry where tight deadlines, complex problems and challenging environments stand between our goals and us. This is precisely true of the offshore drilling industry where the ability to accurately control sub-surface pressures can be the difference between successfully drilling hydrocarbon wells and not. Stena Drilling’s new Managed Pressure Drilling system allows to do just that, providing Clients with a new and innovative means of accessing hydrocarbon reserves that were previously deemed ‘un-drillable’.

Since the advent of Ultra Deepwater Drilling units, with water depths in excess of 7,500ft, the risks and hazards of operating in such environments have provided new challenges to conduct operations safely and efficiently. With advances in technology, the exploration of areas previously unknown and “un-drillable” can now be realised.

Stena Drilling always strive for innovation and new technologies, focussed on continuously seeking opportunities for end customers and operators. In 2016 in the midst of one of the most severe downturns the industry has ever faced, Stena Drilling took the initiative and embarked on one of their most challenging projects to date by purchasing two modular Managed Pressure Drilling (MPD) systems. This would make the ultra-Deepwater harsh environment DrillMAX/IceMAX fleet an industry leader in the challenging market.

MPD is a system that allows the Driller to continuously monitor and manipulate pressures in wells thousands of feet into the seabed. The state of the art hardware and software available has the ability to spot discrepancies in the well parameters and automatically adjust that particular variable. This includes pressure, temperatures and the flow of well fluids. These finer monitoring systems provides the Driller with clearer indications of the well characteristics that are captured sooner than conventional drilling systems. Furthermore, the MPD system allows the Driller to make instantaneous pressure adjustments to the well, this combination of high definition monitoring systems and the ability to adjust pressures instantaneously provides a more efficient, safer drilling system.

Being Proactive to the changing market dynamics Stena Drilling focussed on this emerging technology. The objective was to install a custom made fully integrated package that would be part of the drill ship and exclusively operated by Stena Drilling. Unlike other Drilling Contractors, the unprecedented decision was taken to provide this service as an entirely Drilling Contractor executed service. This approach makes the technology more financially viable to potential clients as they were previously faced with high capital investments accompanied by extensive rental costs from third party companies and downtime where the drill ship would be on hire whilst the necessary modifications would have been carried out. To mitigate this downtime, the required pipework and cabling is all now permanently part of the drill ship. Encompassing the above philosophy, Stena Drilling confront many of the challenges regarding the use of a MPD system.

The inception of the project involved engaging with MPD subject matter experts from a broad range of service providers to evolve the package for the drillship fleet. The design team encapsulated learnings from previous projects and systems to provide the latest equipment package possible to ensure operational excellence. This includes the shortest and lightest Integrated Riser Joint (IRJ) in the industry. This compact design allows a single Knuckle Boom Crane on the drillship to handle the IRJ in its entirety.

In May 2017, interface testing was performed on one of the ships to refine handling and installation procedures. The lessons learned from this testing provided an excellent opportunity to make sure installation online could be performed as efficiently as possible, capturing key lessons learned. As part of the tremendously successful campaign in Guyana, Client ExxonMobil requested the system on board the Stena Carron Drillship. The previous interface testing proved invaluable as the system was installed and commissioned online ahead of time.

MPD Training was conducted prior to going operational to familiarise crews with the equipment, software and procedures in the classroom. These concepts were carried forward on board the vessel with running of equipment and simulation performed during a dedicated period for training.

To date, Stena Drilling have successfully drilled two MPD wells with no equipment down time, which is an outstanding performance statistic for a new system. The full complement of rig specific procedures guided the Stena Carron to perform some operational firsts for Stena Drilling. Dynamic leak off tests and dynamic pore pressure tests gave the Client’s geologists the ability to accurately assess the drilling window to a resolution not currently available without performing a separate formation evaluation. This allowed the Client’s engineers to make key decisions on the well design.

All Stena Drilling installations are compliant with the internationally recognised certifying authority DNV GL. The intention to have this new system compliant with the standards set by DNV GL demonstrate Stena Drilling’s own desire to conform to the highest quality and industry leading criterions. The Stena Carron, in another industry first, holds the DNV GL DRILL MPD notation. The certification process assessed all the components roles within the system in an operational environment as well as the effect on existing systems on board, ensuring that the isolation, redundancy and safety systems met the standards of the new notation. Stena Drilling is the first and only recipient of this accolade.

MPD in Deepwater may still be considered in its infancy although Stena Drilling are confident that as governing bodies are becoming more aware of the safety advantages that this equipment brings to the industry, it is very likely that these governing bodies will stipulate MPD as a requirement for future drilling operations. This will initiate a paradigm shift in Deepwater drilling technology. Stena Drilling having pioneered the industry’s first complete Deepwater MPD integrated solution, lead the pack by offering a robust, efficient, fully integrated and safe system to perform Deepwater MPD Operations. 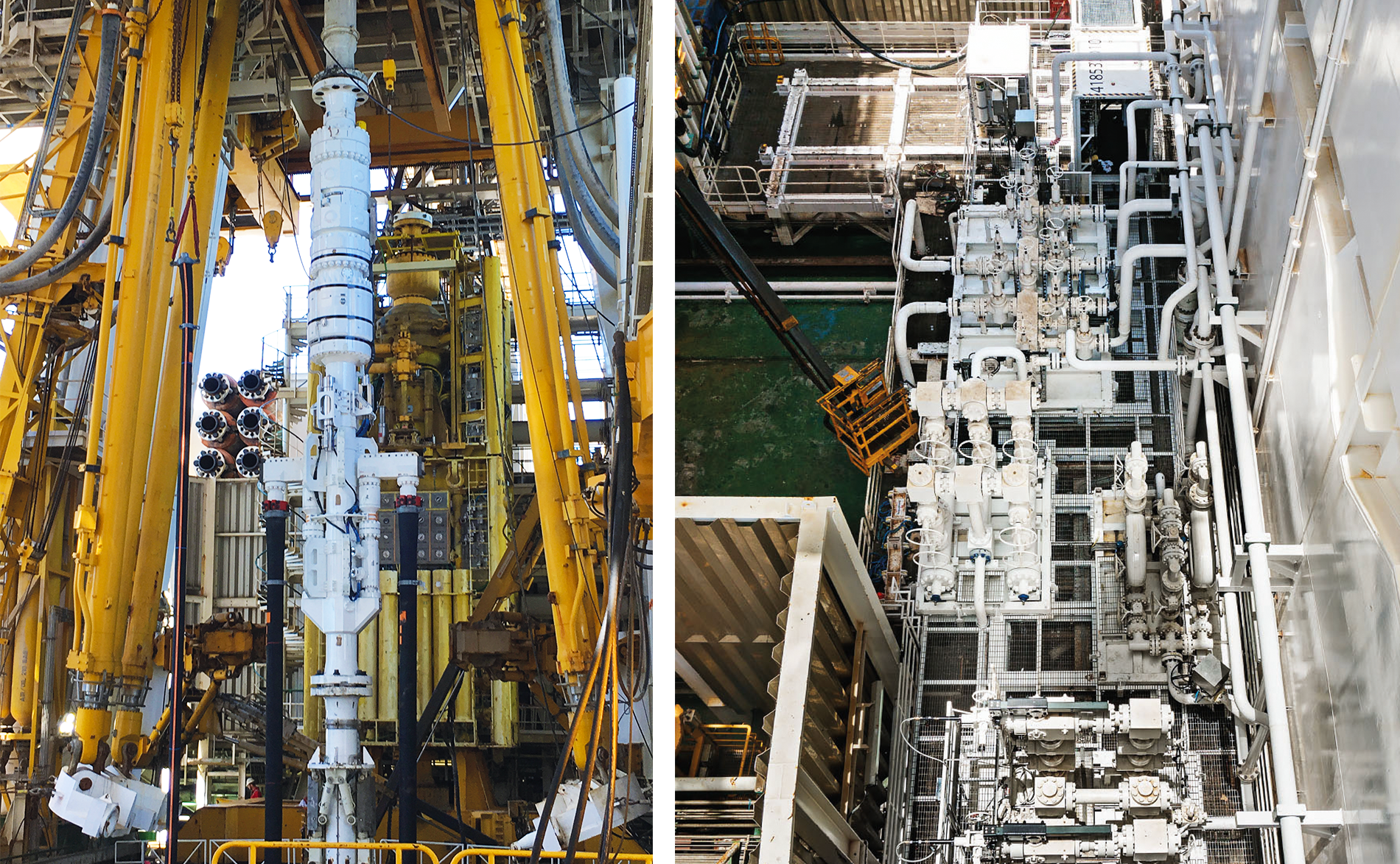 The downturn in the oil and gas industry following the 2014 oil price crash had still not passed come December 2017 and as a result, most of Stena Drilling’s fleet remained effected by the downturn. As Christmas approached, only two units in the fleet were operational and in the face of such adversity all eyes turned to new opportunities. On a more positive note, though in last quarter of 2017, enquiries for our fleet began to flood in. In response to this influx each enquiry became a project in itself, such was the significance.

Subsea engineering across the globe

The many-faceted role of Subsea Superintendent sends Stena Drilling’s Stuart Wyse on installation and commissioning projects all over the world.