At the Maritime Historical Society, Club Maritim in Göteborg, building a Stena archive through pictures and words is in progress. There is a lot of interest both outside and within the sphere of both older and newer vessels. Lennart Ramsvik and Morgan Rittedal are responsible for archival work. These articles will be exclusive for SfärNytt Online Magazine.

After the war a number of similar small shelter deck cargo ships between 2,000 and 3,000 tons were built at the Swedish shipyards around the coasts. Ekensbergs Shipyard, in the Mälaren part of Stockholm, delivered Colombia in May 1947 to the Swede Hans Elliot with company in Panama. The ship was destined for traffic with cargo in small units and passengers between North and South America for a shipping company run by a branch of the Wallenberg family in New York. After the war was South America thought of as the land of the future, the new United States. The expectations did not materialize and the various forms of trade barriers occurred while tonnage rapidly grew and made more efficient.

Colombia was bought in late 1960 by Rederi AB Samba, a company in the Stena Sphere, and was taken to a shipyard in Göteborg. The cargo holds were changed to large open units and the main motor, a seven-cylinder Polar diesel, thoroughly renovated. When the renovation was complete, a charter was signed with Adolf Bratt & Co in Göteborg. The chimney was now red with a black top, but the name was retained Colombia. The ship came to be employed for regular traffic between Sweden and the United Kingdom / Ireland in February 1961. The main ports were Göteborg, Cork, Newport-Mon, Swansea, Bristol, Cardiff and Port Talbot. After the charter ended in May 1962, Colombia were employed in stray traffic for another two years. When Stena took delivery of the passenger vessel Poseidon in the middle of 1964, Colombia was sold to a shipping company in the Philippines and was named Don Sulpicio, which in 1969 was changed to Dona Gloria. First, in June 1984 she was sold for scrap, which was effective in Caloocan, on the outskirts of Manila.

Colombia was the first ship delivered with the new Polar diesel engine, which was of the MT type, number of cylinders was 4-9, resulting in a power range between 1,500 and 3,600 ehp. The ship had a speed of over 15 knots at delivery.

Below are some data about Colombia’s main engine:
The engine is a 7-cylinder, 2-stroke, single acting truncated engine, the cylinder diameter of 500 mm, stroke 700 mm, and the average pressure of 5.23 kilos / cm2 at 250 rpm. The effect given to the ihp 3,500 and 2,800 ehp. The technically interested realizes that this means the pressure is very low compared to today’s values, and that the mechanical efficiency is only 80% (2,800 ehp/3,500 ihp).

Upon delivery, the vessel was equipped with unusually long booms, Lindholmens patented truss structure. These were later on replaced with common barriers of tubular construction. On the various photos you can see the ship equipped with both the old truss booms, and with the new tube-type booms. 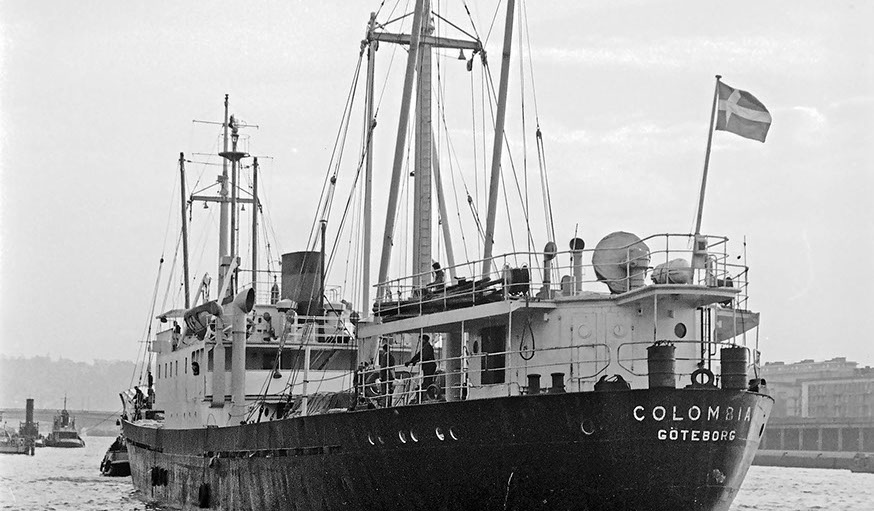 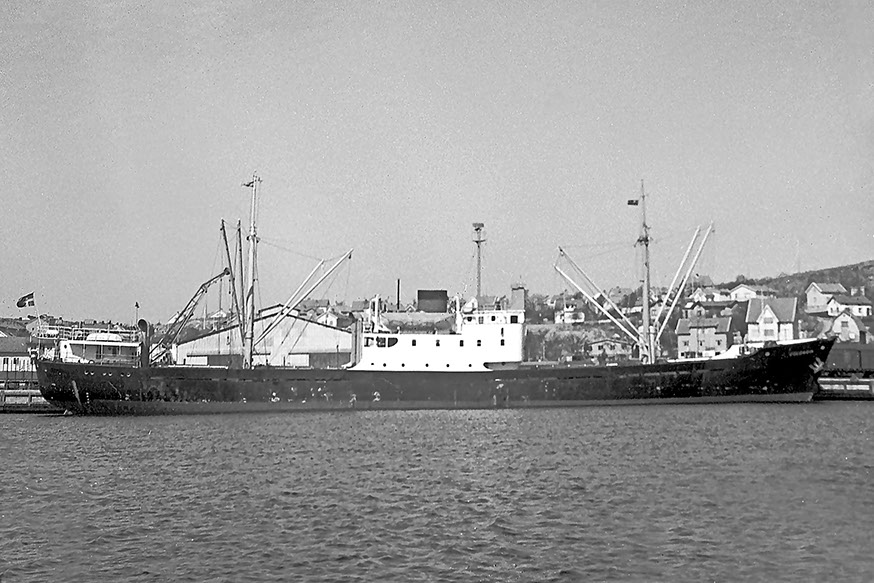 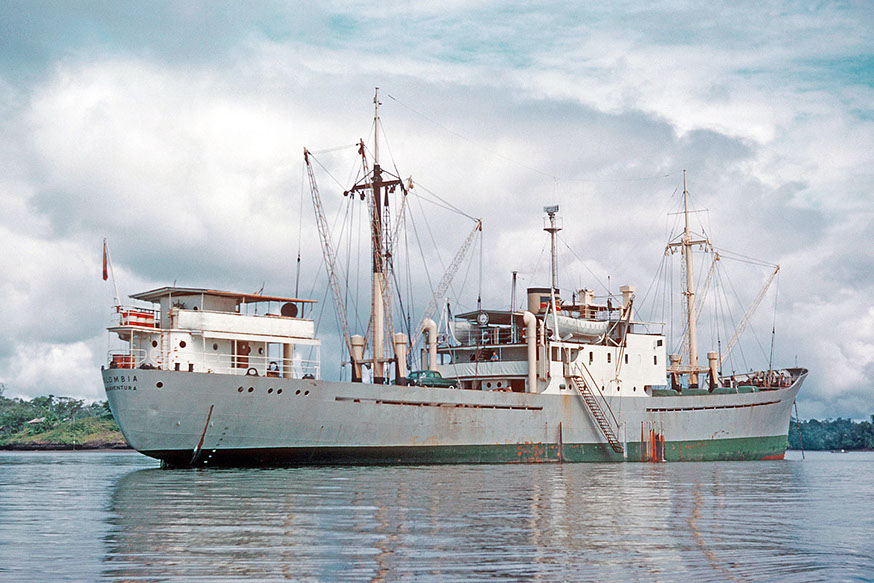 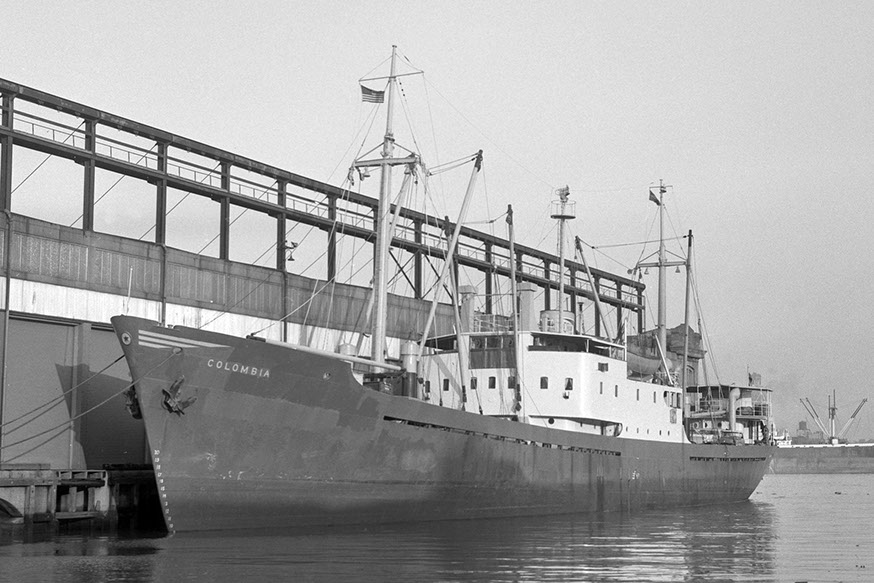 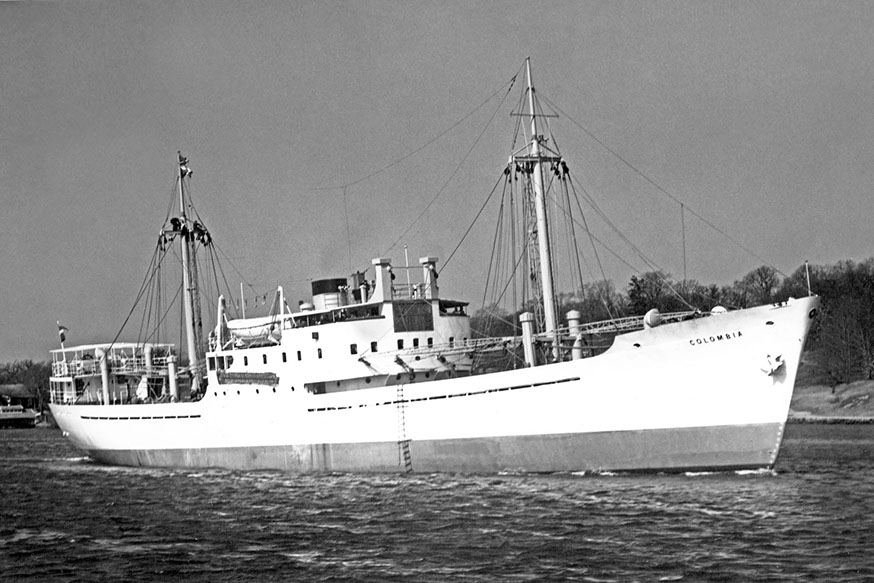 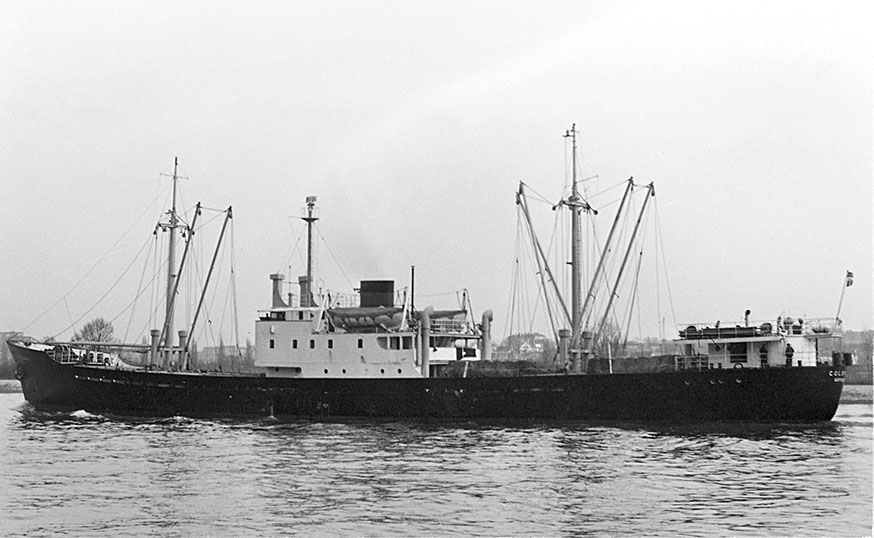 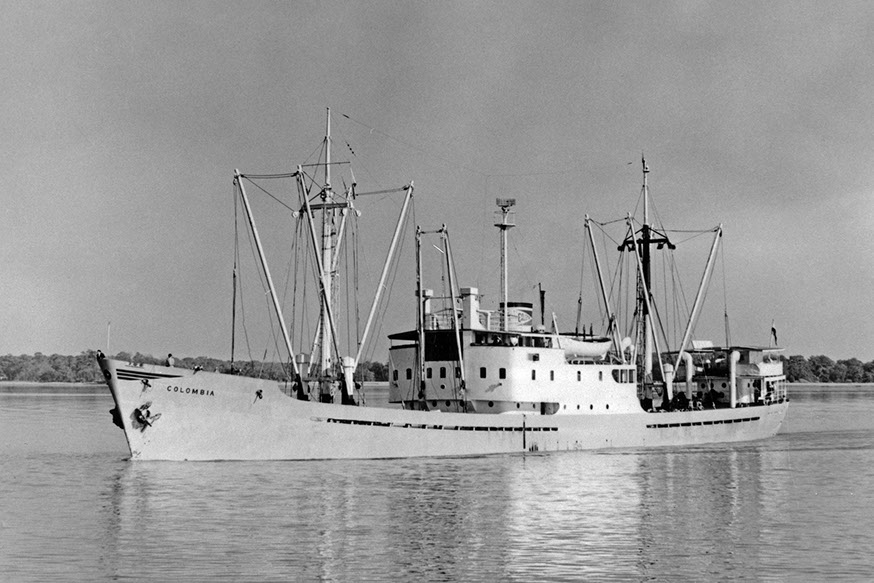 SHARE THIS ARTICLE:
THANKS FOR READING THIS ARTICLE.
QUESTIONS OR SUGGESTIONS? GET IN TOUCH
Stena AB
November 27, 2018
POSTED BY: Stena

With the help of a new graduate programme, Stena Group IT will be attracting newly graduated talent from colleges and universities. First out were Lina Asadi and Thimmy Bernvåg, hired as trainees in January of last year. The results have been a real boost both for them and the entire organization.

NTEX, one of Sweden's largest privately owned transport and logistics companies, is now beginning investments in fossil-free vehicles. First out is a fully electric truck from Volvo Trucks that will be used for distribution in the Gothenburg region.

It's probably never felt nicer to leave a year behind as when we said goodbye to 2020 on New Year's Eve. It was great to turn the page and now I'm longing for spring, warm weather and vaccine. I long to meet my parents and I long for my husband's family and friends who live in Scotland and England. We haven't met since the autumn of 2019. Before all the rules and recommendations due to Corona and Brexit, it was easy to have family in two countries. Now it has become a challenge.

The pandemic has affected all of us in many and different ways across the Stena Sphere. And the fact that it now has been going on for a year is very tough. Many challenges follow as a
consequence from the pandemic. Maria Holmberg, HR Director, Stena AB asked the HR Board to comment on the pandemic.